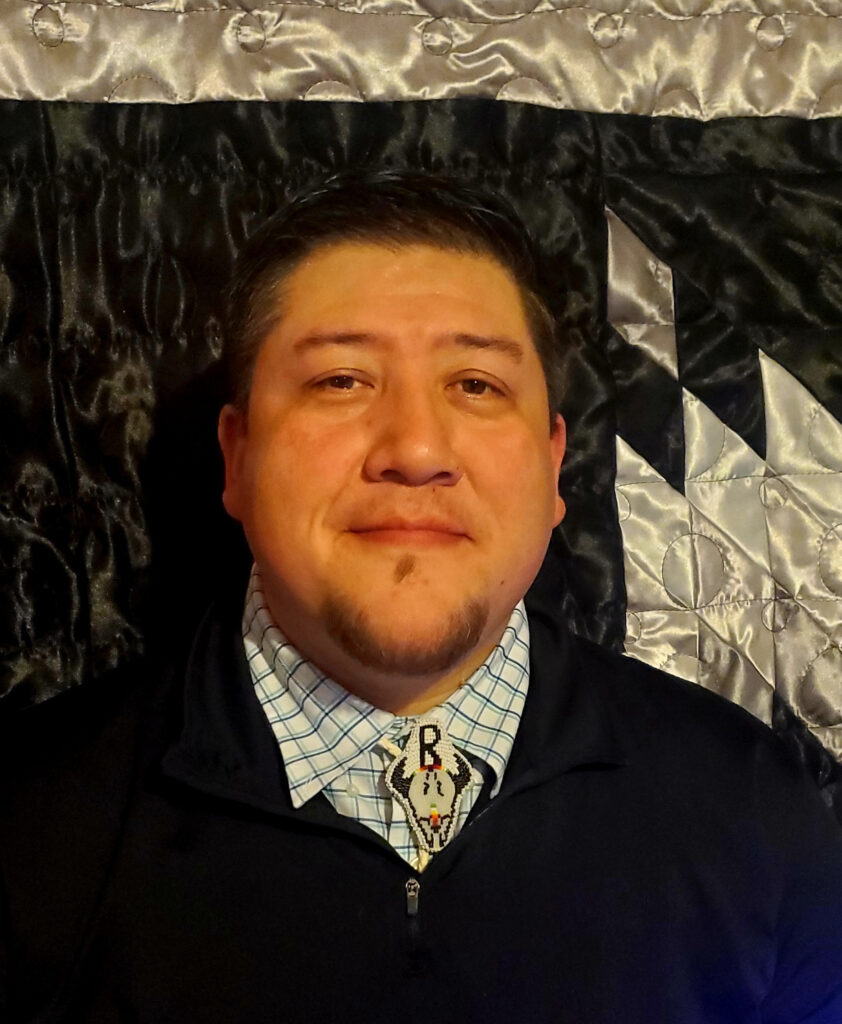 unexpectedly of a sudden medical issue on November 20, 2020, in Sioux Falls. His family remembers him for his quiet nature, his thoughtfulness, his culinary skills, and his sharp wit. Reid had big dreams.
Reid Jaims Wendel’s birthday was April 26th. He was born to Rose and Ralph. Reid was an enrolled member of the Rosebud Sioux Tribe, and he was given an Indian name: Cetan O’kasa (Gliding Hawk). He was a descendent of Chief Asanpi. Growing up, he spent time raising pet ducks, playing baseball, and spending hours in front of the Nintendo system. He graduated from Winner High School, and he earned his bachelor’s degree at Colorado Technical University.

He and Kaylene Bultena married on September 15, 2017. They met by chance through work and quickly knew they wanted to spend the rest of their lives together. They revelled in teasing one another, and they put thousands of miles on the car driving and talking. Reid taught Kaylene how to cook, and she taught him how to ease up a little.

In January of 2017, their son Warner was born. He and Reid were carbon copies, in the way they looked and acted just the same. They loved playing video games together, pretend wrestling, and going for car rides. When he and Kaylene married, he gained a stepson, Cooper. Reid was a loving parent figure to Cooper, and they enjoyed watching Ninja Turtles together with Warner.

Reid was committed to improving the lives of others. Until his death, Reid was executive director for South Dakota Urban Indian Health. In fall 2020, Reid completed his master’s degree in Public Administration from Bellevue University (and finally told his parents he had been working toward it!) He called himself a father, a workaholic, and a future author/politician, in that order.

He read feverishly, and he loved sparring over politics and became active in advocacy. Reid fiercely defended Marilyn Manson as one of the greatest artists of all time. He was a Puma and Mopar fanatic. He loved Star Wars, and he excelled at video gaming. Reid could find the humanity in the villain in any story; he realized they were hurt and misunderstood, and he knew every person had value.

Grateful for having shared his life are his wife, Kaylene; their son, Warner; stepson, Cooper; and his parents, Ralph and Rose Wendel, and niece, McKenna. He leaves behind two brothers, Mark and Drake; a sister, Marisa, and her daughter, Kinsley; an extended family of in-laws; and a close circle of friends.

He was preceded in death by his beloved grandparents: Victor and Lucille (Roubedeaux) Milk, Wilma Crazy Hawk, and Paul Ralph Epp; and a special aunt, Gladys Roast.
A private celebration of life is set for Tuesday, November 24th at the Church of the Good Shepherd Episcopal Church.
The Reid Wendel Memorial Fund is established through Sioux Falls Federal Credit Union to support the young family.

Today we also say goodbye to our Executive Director, Donna Keeler, who has served as the agency lead for 18 years. During her tenure the program expanded in services and built two new clinic facilities that better serve our patients. She also received 3 National Indian Health Service Director’s Awards during her work at SDUIH. We wish her well in her retirement and thank her for all of her hard work at dedication to SDUIH and to providing quality medical care to our Urban population.

October 6, SD Urban Indian Health is celebrating our 40th year in business! During this time we have accomplished full national AAAHC Accreditation and operate two Integrated Primary Care/Behavioral Health clinics, one located in Pierre and the other in Sioux Falls. This is a great day for the program and honors it staff and the patients that support us.

SDUIH is one of 14 Health Facilities in the Nation selected to participate in PICC (Pediatric Integrated Care Collaborative) with Johns Hopkins.  Four staff members (Donna, Ellen, Barb and Stacia) are in Baltimore, MD for the first of three collaborative learning sessions. Our first project was creating a team storyboard.